Ksar of Ait Ben Haddou-Ounila Valley and kasbah of Telouet

Departure in the morning in 4×4 from Ouarzazate
At the exit of Ouarzazate we will head north towards Marrakech. Bifurcation to the ksar of Aït Ben Haddou, a fortified village located on the rocky hillside on the edge of the oued River, which is a striking example of pre-Saharan land architecture and traditional settlement.
The Ksar is also a UNESCO World Heritage site and is an emblematic location for film-making in the region : Game Of Thrones, Babel, Gladiator, and many others.
Resumption of our road to Telouet via the valley of the Ounila which offers a concentration of spectacular landscapes, Berber villages and kasbah, compulsory passage of the caravans between Marrakech and Ouarzazate this valley offers a striking contrast between the ochres of the Earth and the rock and the Green of the vegetation

Lunch in Telouet and visit the kasbah., the former palace of The Last Lord Of The Atlas, fief of the glaoua tribe. The interior still bears witness to the reign of the Glaoui family, with its stucco rooms, zellige walls, faience and marble ornaments ,and cedar wood ceilings.

Continuation to find the road of Tizi-n-Tichka (2260 m), one of the most amazing main roads of South Morocco with its villages in mud hung on a mountainside, its incredible reliefs with changing colors . Arrival in Ouarzazate in the late afternoon. 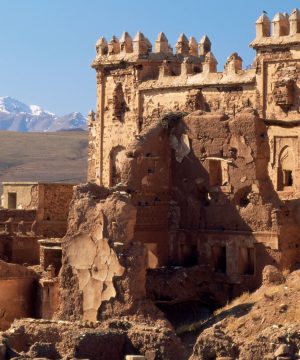 Telouet: a day in the Atlas 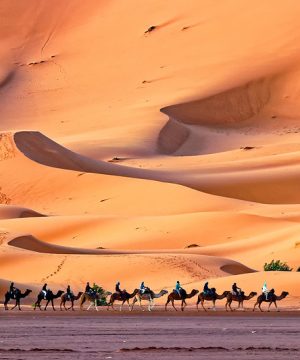 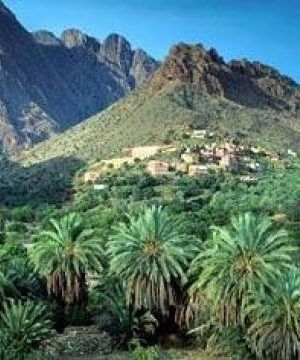 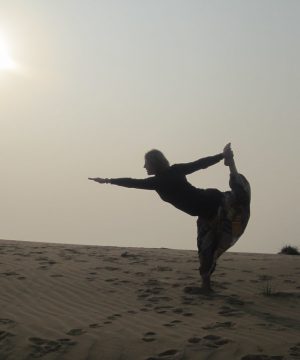 Yoga In The Moroccan Desert 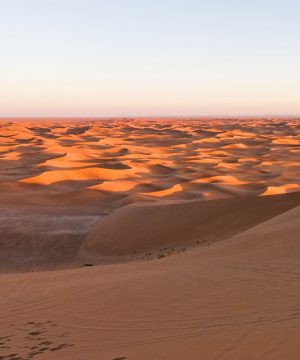 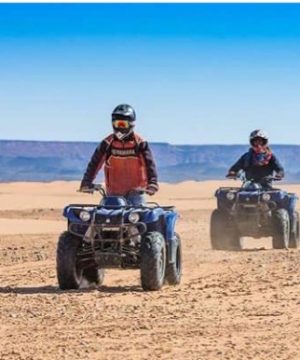 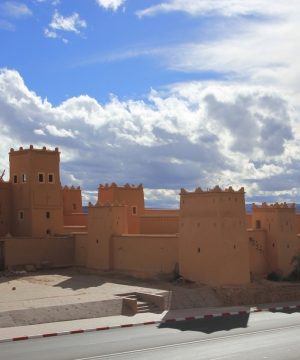 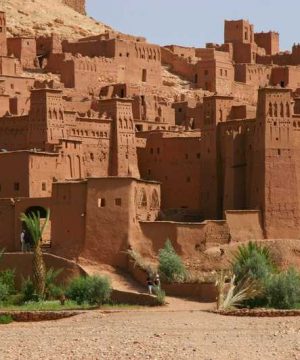 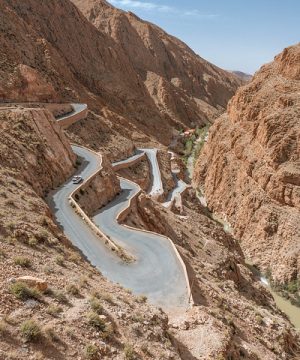 The gorges of dades and valley of roses